During 2012-13, camera trapping was continued as a part of All India Tiger Monitoring, Phase-IV protocol. Camera trapping exercise in the four ranges of Sundarban Tiger Reserve was covered by the following two organizations:

a. Wildlife Institute of India (WII)

b. World Wildlife Fund (WWF)
Winter season i.e. from November to March, was selected to be the best suited time for carrying out the sampling.

The biology of the Sunderban tiger, its ranging or distribution patterns, presence or absence of territoriality have for long intrigued the field managers and wildlife biologists alike. The dense vegetation cover and limited access to the forest area on foot or otherwise necessitate the simultaneous tracking using a Very High Frequency (VHF) antenna as well. A study of Radio Collaring should be carried out with scientific and technical inputs by the Wildlife Institute of India, Dehradun. A dedicated research personnel and staff shall be used for monitoring the radio collared animals. These might lead to valuable insights into the animal behaviour especially the staying patterns.

A well-devised monthly monitoring system where direct sightings and other evidences (indirect) of presence of tigers and other species and their movements in the Tiger Reserve are being recorded, as per the directive of National Tiger Conservation Authority (formerly known as 'Project Tiger').

Detailed List of Direct and Indirect evidences of Tiger in STR. 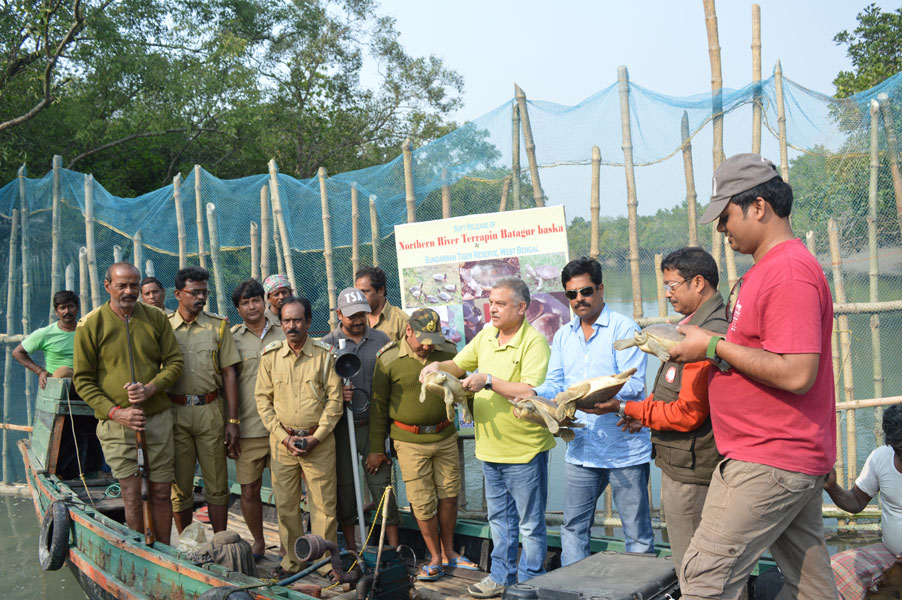 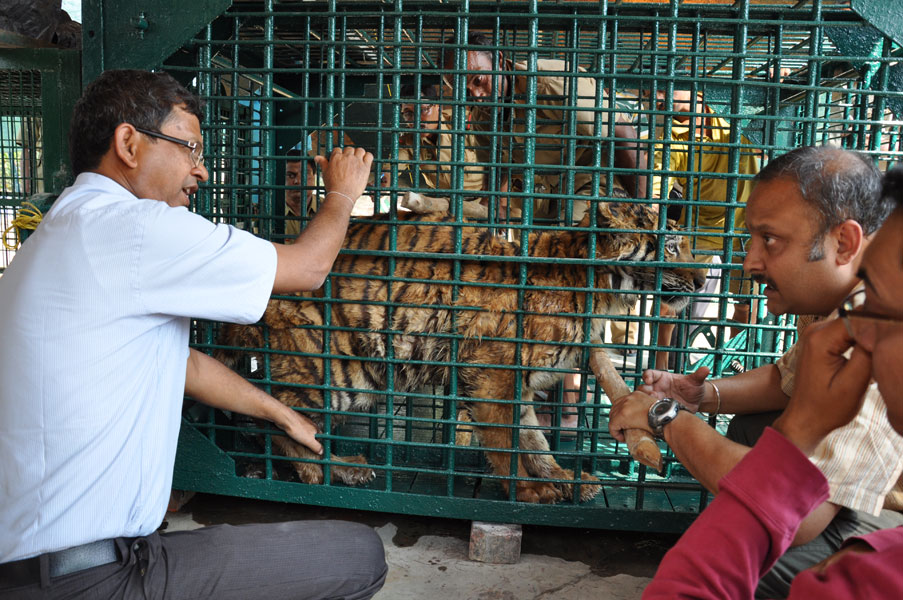 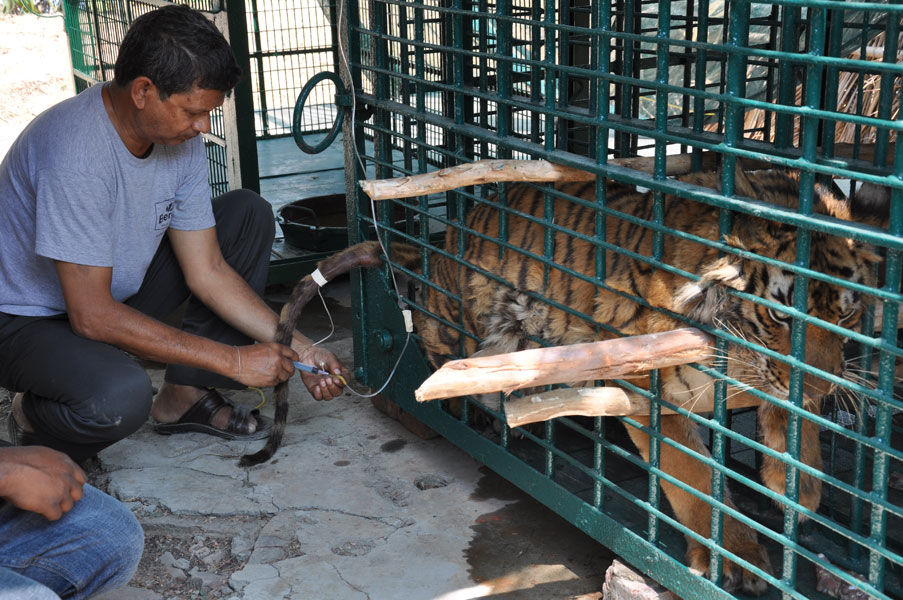 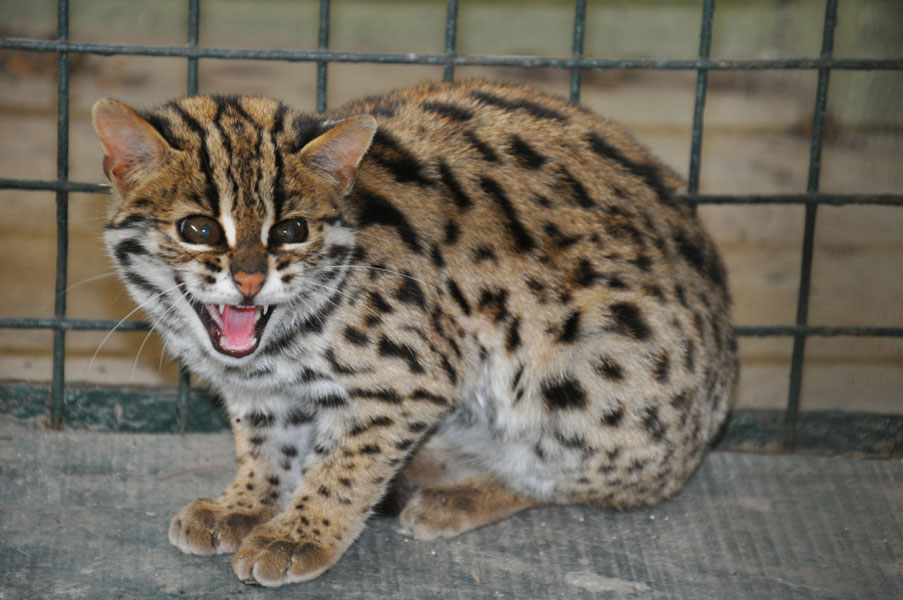 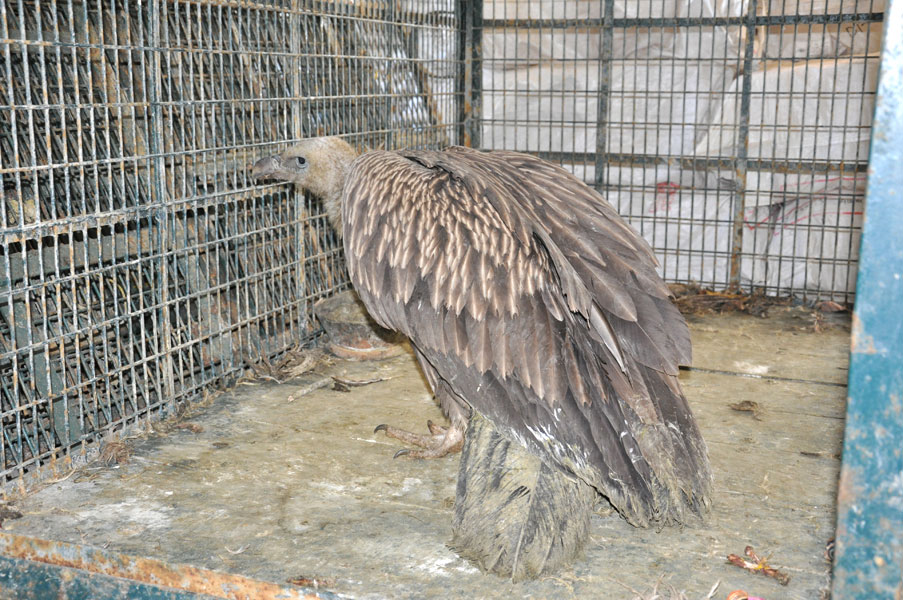 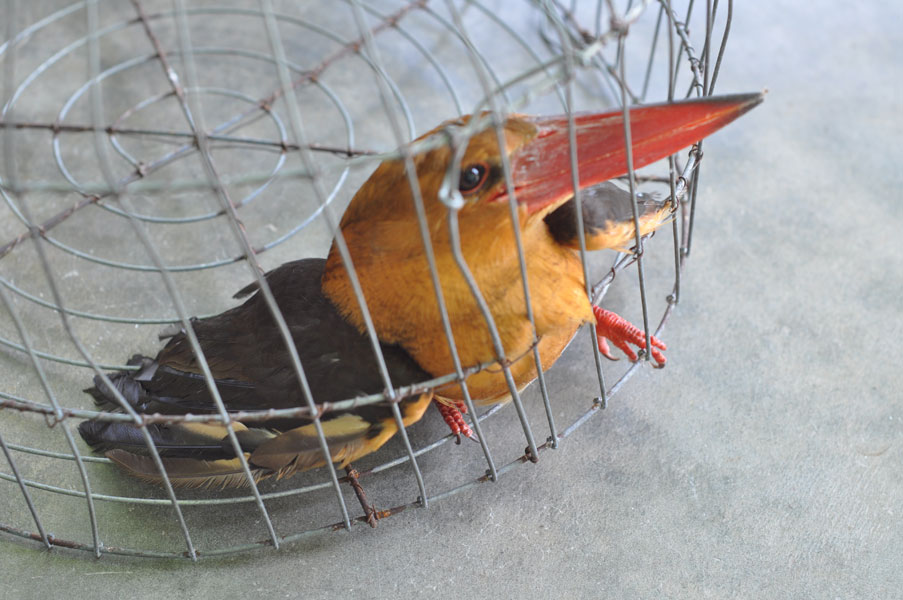 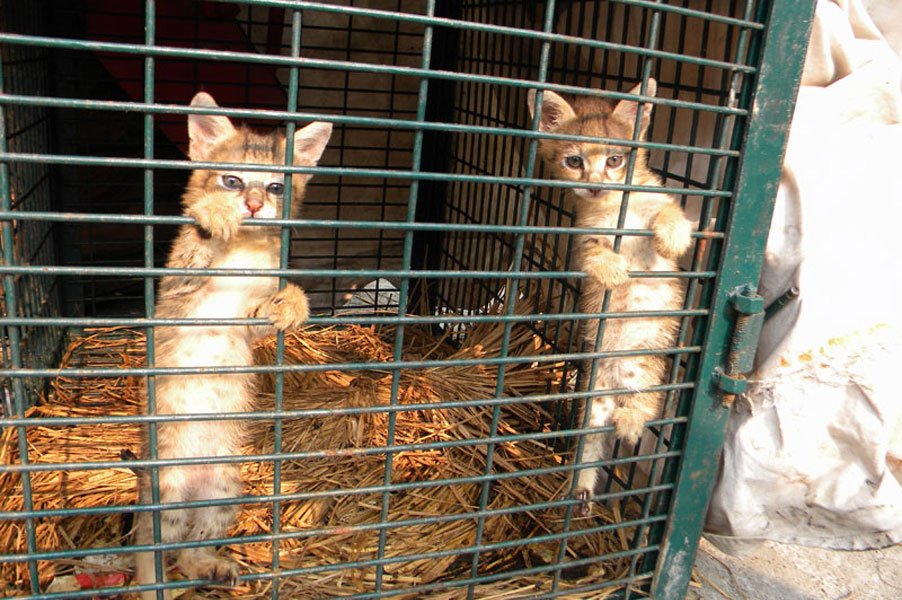 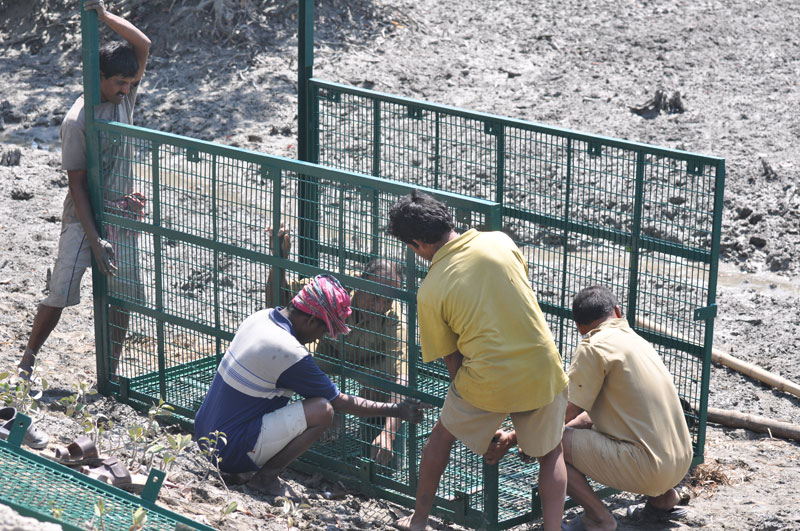 Recovery of the Northern River Terrapin (Batagur baska): Once available in plentiful in Sundarban. Batagur baska is now a critically endangered River Terapin. From 2012 an attempt is being made to recover Batagur baska in Sundarban Tiger Reserve. Accordingly 33 nos. of Batagur hatchling were reported during 2012 and is now being successfully reared at the hatching enclosure in Sajnekhali. They are being reared with the active participation and support of Madras Crocodile Bank Trust. There has been no mortality of the hatching during this period. It has been resolved that 2 year old Batagur hatching or Batagur Baska weight 1 kg. will be released in the wild after habitat survey with the active assistance of Madras Crocodile Bank Trust. The successful re-introduction of Batagur baska in Sundarban will eventually restore critically endangered species in the wild again.

The straying of tiger into the fringe villages outside the mangrove forest has been a very common phenomenon in the Sundarban Tiger Reserve. It is main reason for conflict with the local villagers who dislike the entry of the animal into the human habitation on the forest fringes.

The crocodiles are known to attack and kill people by dragging them into the water. Most of these cases have been reported when the people were bathing in the river waters. People who are engaged in tiger prawn seed collection by dragging the nets along the water have also fallen prey to these estuarine crocodiles inhabiting the tidal waters. Shark bites have also been reported in the same connection.

The District of 24 Parganas South has the highest recorded cases of snake bite in the entire State. These bites are mostly caused by common crait and cobra which are found in the locality. Lack of proper information regarding the handling of snake bite cases coupled with poor medicare facilities result in high casualities. A number of NGO's have been working in this area to increase awareness about the same.

Wildlife health monitoring forms an important part of the management of any Tiger Reserve. Diseases have in the past wiped out entire populations. Large-scale mortality of Gaur in South India during (1968 and 1975) and Kaziranga National Park (1981) by Rinderpest and by Foot and Mouth Disease (FMD) in 1952 had been reported in the past. Many a time's these diseases have been spread from domestic livestock which are left out for grazing in the forests by the villagers. Also, another source of disease spread is from the waterholes that are shared by the cattle and the wildlife.
However, Sundarban Tiger Reserve doesn't have the any history of cattle entering the forest for grazing. However, of late cattle smuggling has been going on in the Reserve which may in case of an accident be a potential source of disease hazard. Also, the dead livestock often thrown in the water are washed into the forest due to tidal action. This can also result in disease outbreak from any latent microorganisms. Diseases like Rinderpest, FMD, Anthrax, TB and Rabies are common in wild animals. In this context wildlife health monitoring plays a very vital role in timely containing an possible outbreak. In this regard proper surveillance programmes will be a major aid in the implementation of long-term health management plan on the appropriate measure to maintain healthy population of wild animals and guarding them against the risk of sudden and heavy mortality or morbidity in Protected Areas.