River terrapin is one of the important species of estuarine ecosystem, not only it takes green plants but also it takes rotten food items and clear the water, hence it is called ‘ water vulture’.

The species is found in parts of Bangladesh and Indian Sundarban (West Bengal), Bhitarkanika in Odisha (India) and Malayan archipelago. It is locally extinct from Myanmar, Singapore, Thailand and Vietnam. It is believed to be functionally extinct in the wild across its range, with surviving individuals being held completely in captivity. It is an aquatic species but uses terrestrial nesting grounds, frequenting the tidal zones of estuaries large rivers and mangroves. 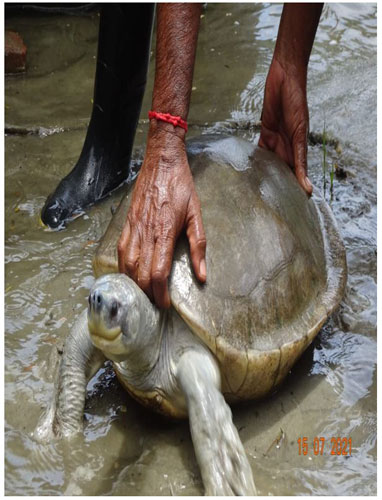 Northern River Terrapin prefer nesting in colonies on sand banks. During January to March, River terrapin in the Sundarban nest in the sea coast and lays egg in clutches comprising of 19-37 numbers, measuring 40-60mm; the incubation period being 60-66 days.

The species prefers freshwater habitats and moves to the brackish river mouths in the breeding season ( mostly in September- November).

A hatchery and captive breeding project is located in Sajnekhali WLS in STR. The ex-situ conservation programme reinstated with the help of Turtle Survival Alliance in the year 2012 and has achieved the results successfully. 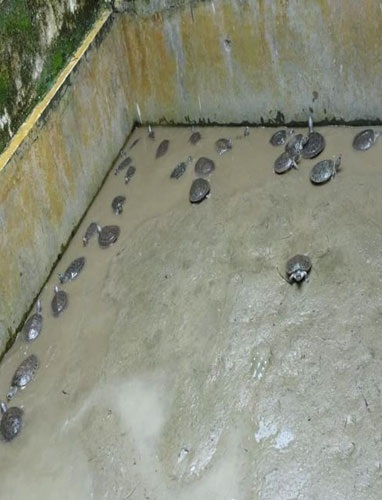 By 2014, 144 individuals of the river terrapin at Sajnekhali breeding centre representing the world’s largest ecology of the species. As the numbers are increasing gradually, six more assurance colonies has been set up as by the year 2020 with more than 350 individuals. Continuous monitoring on several water parameters and vegetation, food resources will increase the numbers of this critically endangered species.

As Sundarban is a storm prone area it became compulsory to set up assurance colony for the River Terrapins. 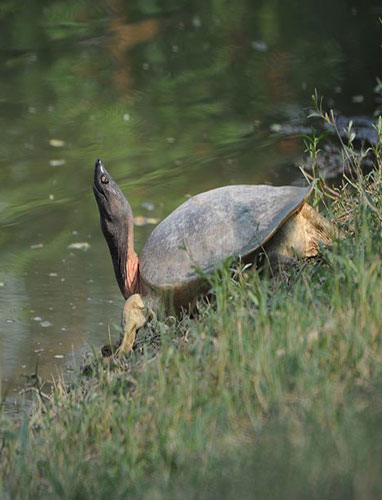 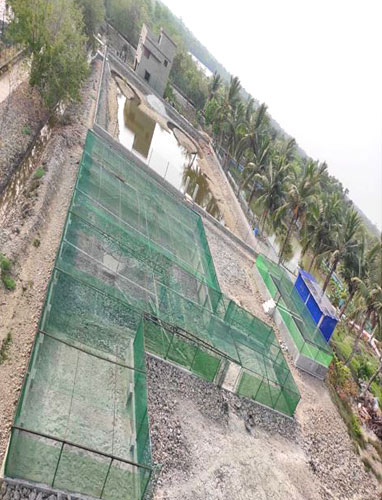 Present stock of Batagur baska in Assurance Colonies under STR.


Depicts the camp-wise data on River Terrapin in recent year, 2021.